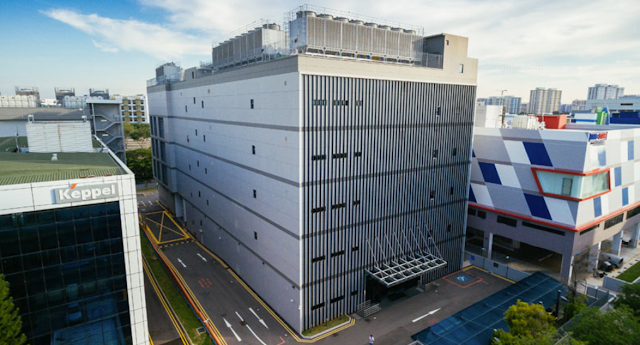 For loyal retail investors of Keppel DC REIT ("KDC") who have been holding on to their purchases between S$2-S$3 per unit, the recent week's bloodbath on SGX have seen the once seemingly invincible data centre focused REIT to plunge to a record 52 weeks low of S$1.70 per unit which represented a 43% decline in unit price. KDC went through the COVID crisis with stellar unit price performance but nonetheless, it could not escape the tragic fate of relentless borrowing rate hikes by the US Federal Reserve which is causing chaos worldwide and its unit price plummeted to push up the extremely low distribution yield of 4% plus to over 5%. The long WALE of KDC turned into its Achilles heel as it appears that it is unable to revise rental rates fast enough to keep up with the hawkish monetary policy adopted by Jerome Powell. KDC trademark of frequent yield accretive M&A deals have also disappeared recently which affected its valuation. Will KDC continue its dramatic decline to test the S$1.50 per unit mark soon and should retail investors abandon ship as soon as possible to save themselves from drowning?

1. Terminal Rate For Federal Reserve Funds
Before the recent CPI report, the consensus from most economists is that they expect the borrowing rate to be at approximately 3.8% in 2023. However, with Jerome Powell hawkish stance "to hammer and beat the hell out of inflation until it is absolutely dead", Economists now expect the terminal rate to be 4.5% or even 5% (depending on which economists you are asking). So if KDC is offering only a mere distribution yield similar to expected borrowing rates, its price will definitely need to correct till a more acceptable level in order for investors to have a decent margin for the risk premium of holding on to it.
2. Imminent Global Recession
To make things worse, on top of the higher than expected borrowing rates hike as alluded to the above mentioned, an imminent recession (the stock market is normally 6 mths ahead in it grim prediction) will slow down business activities or even caused many businesses to enter bankruptcy hence some tenants of KDC maybe badly affected. What happened to DigiCore REIT is a good reminder to all that data centres are not immune to delinquent tenants. We are already seeing many job retrenchments in the Tech industry like Shopee in Singapore. Worldwide we are also seeing downsizing at Coinbase, Peloton, Netflix and Paypal. Tesla, Google and Meta. It is only a matter of time before the gloomy climate spread to other industries.
3. Will I Sell Now Or Continue To Hold On To My KDC?
To sell or hold on to KDC during this bear market will depend on your own outlook and assessment.  I will be giving my personal action on KDC here:
The key question to me here is what is the current distribution yield of KDC. The current KDC distribution yield indicated by StocksCafe is only 4.92%. However, if we looked at the recent 1st half distribution of 5.049 cents from SGX or its official website and extrapolate it, we actually have an annualised distribution yield of  5.94% already based on the unit price of S$1.70 per unit.

The next question of course is to compare this to the expected borrowing rates which influences interest rate and opportunity cost and compared it to your own expected risk premium of holding on to this business.
For me, I am actually neutral with regard to whether I should sell KDC immediately or keep it. Nevertheless, I have made a decision to sell off 10,000 units @S$1.75 per unit yesterday as I have found another badly battered SREIT that is currently priced at a very attractive entry price hence have done some switching today. For the rest of my KDC units in my CDP and Margin Account portfolios, I will be keeping them for the long term. I think that there is a lot of panic selling going on right now on KDC which has a day low today of S$1.66 per unit before rebounding to close at S$1.70 per unit as at 28 September 2022.
Parting thoughts
From the long history of the monetary policies used by the Federal Reserve, they have either failed to do enough on inflation and let it went out of hand or over-do borrowing rates adjustment to cause severe recession from their meddling. Personally, I think that the US Federal Reserve this round had overdid the interest rate hikes and had in fact sent the US economy along with the rest of the world into a global recession and potential assets deflationary pressures. The US currency as the world's reserve currency sucks pretty big time to me. The rest of the world is now getting punished with the reckless printing of money by the Feds during the pandemic.
Posted by Blade Knight at 17:28