The Real Reasons Why The Singapore Government Is Stopping Private Property Owners From Downgrading to Resales Public Housing. 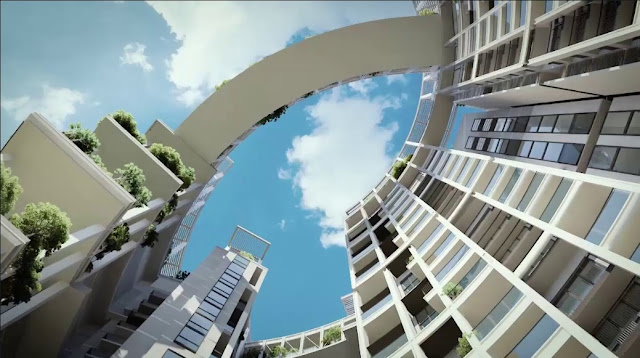 First and foremost, this is just a personal opinion piece in case I am going to be shot at by supporters of the Men in White for what I am about to blog here. As usual, I am flabbergasted that our Singapore Government has again come in to make life hard for many ordinary Singaporeans by meddling in public housing policy. This triggered off bad memories with the horrible government policies in public housing just before the 2011 General Election. My friends and I are the generation that had Mr Mah Bow Tan as the Minister of National Development and suffered terribly under the unreasonable housing policies in place then.
1. BTO flats supply woes
Build to Order Flats (BTO) will only start construction once there is sufficient demand then due to previous bad experience of Mr Mah from excess supply of completed flats. For unoccupied flats after some time, tiles and other finishing apparently tend to spoil easily hence it cost the HDB additional money to make good I was told. Hence building only once there is "confirmed" demand will moderate this.
As a result, many Singaporeans during those dark days have a hard time getting their flats even after numerous rounds of balloting-it was pretty depressing then. Of course, I understand that there are currently many couples still struggling with the balloting for new flats, however, the current balloting odds have actually improved a lot these days. We have Mr Khaw Boon Wan who took over in 2011 to thank for improving the supplies of public flats after years of draconian slow building under the previous hugely unpopular Mr Mah.
2. Combined income for qualification of public housing at S$8K per mth for 14 years absurd.
The income ceiling was another huge issue then at S$8K per combined income of a couple. This S$8K per month was not realistic and had been there for more than a decade. Surely, Mr Mah Bow Tan heard of inflation and salary adjustments? He stubbornly refused to increase the eligibility to qualify for public housing despite being asked by the Opposition MPs then as well as challenges from the ground. The reason he gave was then how do we balance the books with extra subsidies given out if the pool of eligible Singaporeans increases. Strangely, he was forced to eat his own words when after the 2011 General Election (where housing has become a huge issue and the ruling PAP garned its lowest vote share of 60.1%), the government finally increased the limit to S$10K. As a matter of fact, the combined income limit ceiling kept getting revised a few rounds  subsequently and is currently at S$14K per mth which is way above the previous long standing S$8K per mth.

The income ceiling revision came too late for many of my batch of friends. Some were forced to buy resales flats and some were forced to buy costly private condominiums. The HDB stance then was simple: if you earn above the income ceiling means you are "rich" hence should not ask for public housing. If you still insist on more affordable public housing, then can always get from the resales HDB market instead of a private property. I find this view very bias and silly. Why is it that many people can get new and affordable HDB flats while those who exceeded slightly the income ceiling of S$8K should only get resales and older flats if they plan to be financially prudent instead of splurging on private properties?

3. Public housing and subsides are to help Singaporeans who are not rich- but why need to build Executive Condominiums with luxurious facilities like private pool, private gym, private function room with tax payers' money?
The Executive Condominium ("EC") scheme is one of the most hypocritical public housing policies I have ever come across. HDB is supposed to help lower income Singaporeans. If so, why do we need EC scheme in the first place?

Let's call a spade a spade. EC is a luxurious property with many facilities and most new 3 bedders cost over S$1.1Mil. If certain batch of Singaporeans crave for luxurious facilities, then they should go and buy them from the private developers without any public grant. The public grant should go back to those who really need them when they buy new BTOs to help them lighten their burden for having a simple roof over their heads. Seriously, I do not see why public funds should be used for subsiding luxurious private properties "to meet the rising aspirations of Singaporeans". In addition, the space set aside for swimming pools and tennis courts in ECs could also have gone back to building more flats on the plot of land being released to help more people struggling with making ends meet in Singapore.
4. Latest government property cooling measure-wait 15mths if want to downgrade to resales HDB
Back to the main issue of the Singapore government imposing a 15mths waiting period before a private property owner can downgrade and buy a resales HDB flat (if you add in extension request by the HDB owner and your own renovation, this can become 24mths in total). There is nothing wrong with Singaporean households that want to downgrade to a resales flat especially if they already did their Maths. Some wanted to stop paying outrageous monthly mortgages on their private properties especially during times of relentless variable interest rate hikes by the bankers while others wanted to cash out for their early retirement. These folks did nothing wrong in forgoing their private luxurious amenities for prudent financial planning.
I thought that the government should work instead on building more BTO flats which will moderate the demand for resales flat as I know of people who are still struggling at the ballots for new flats and have to look at resales HDB market. Also, we are facing an imminent recession- Singapore is an open economy and what is happening in the United States and China now will inevitably affect our property market adversely eventually.
5. Real reasons why the Government is stopping private property owners from downgrading to HDB
By enacting such unreasonable cooling measure, it appears more to me that the government seems to want to prevent early retirement of folks or to stop people from achieving financial freedom. Once people stop being slaves to their bankers, they will have more time on hand to scrutinize and criticize government policies. Best way to divert people's attention is to make them extremely busy with their bread and butter job to service outrageous mortgages in land scarce Singapore.
Parting thoughts
So far, we have not seen the roll-back of the numerous previously implemented cooling measures and it looks like the new policy of 15mths waiting period for downgrading by private property owners to resales property is here to stay for the long term. I think that such blanket policy implemented is unfair as it punishes individuals who have decided on financial prudency as well as those private property owners who are already facing financial hardship due to their own personal unique financial circumstances. Personally, this terribly planned policy in the face of upcoming global market turbulence is blatantly absurd.
Posted by Blade Knight at 12:07